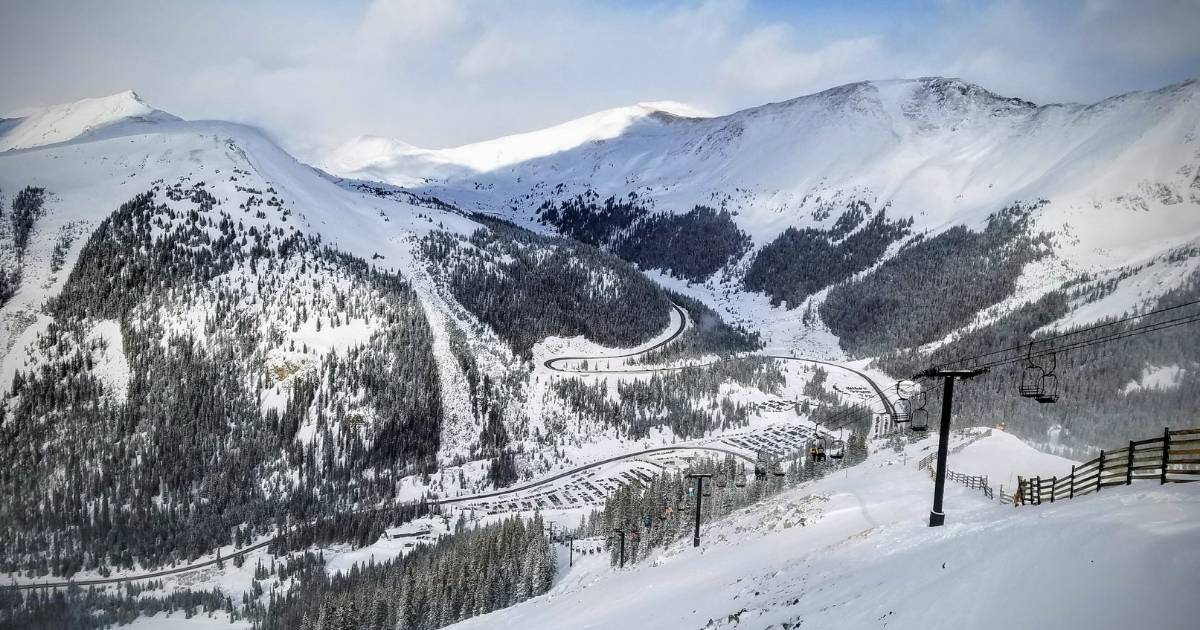 There are more places to ski in October when compared to where to ski in September. That said, the majority of ski resorts in the United States don’t open until November.

As the fall season starts, the skiing conditions in most parts of the world become slowly become more favorable. This makes skiing in October possible if you’re in the USA and definitely possible in Europe.

So if you’re itching to get your ski and snowboard gear out early, keep reading about the best places to ski in October.

Austria is one of the best countries for skiing in October and one of the resorts that we recommend is Sölden Glacier. With its high altitude and glaciated terrain, Sölden offers some of the best skiing conditions in the Alps.

The ski season usually starts in mid-October, but for those that want to go earlier, it is possible too. This gives skiers plenty of time to enjoy the stunning scenery and challenging runs. Sölden gives a chance available to beginner and experienced skiers.

Hintertux Glacier in Austria is a bit off the beaten path, but that’s what makes it a good place to ski because of its high altitude. In fact, Hintertux is one of the ski resorts along with Zermatt in Switzerland that stays open all year round, making it a great destination for skiing in October.

The glacier is situated at the far end of the valley and offers spectacular views of the surrounding mountains. There are a variety of ski runs to choose from, so you’ll find something to suit your level. Going out of season also allows you to get in some practice before the crowds of people.

There are other activities on offer here too. You can hike, ice-skate, or simply take in the scenery. Hintertux offers a unique ski experience that should be added to your list.

Kitzsteinhorn is another resort in Austria that has snowfall in October. It is located in the Central Eastern Alps and is one of the highest ski resorts in Europe. It is because of this that there is plenty of snow to ski and snowboard even in late autumn.

As a result, visitors can enjoy the beautiful scenery and perfect skiing conditions well into October. And for those who don’t ski, Kitzsteinhorn also offers hiking, mountain biking, and other outdoor activities although this time of year you’ll start to need warmer clothes.

October is a great month for skiing in Passo Stelvio as the snow is fresh and the slopes are empty. The scenery is breathtaking, with the Alps in the background and it is one of the cheaper options compared to the other resorts on this list.

The ski resort is located in a beautiful valley, surrounded by mountains. There are lifts to take you to the top of the mountain and there are also ski schools for beginners. The ski resort has something for everyone so if you want to enjoy Italian food and wine whilst skiing then it’s a great option for an early snow trip.

Italy’s Val Senales ski resort is one of the few places in Europe where you can ski in October. The ski season here typically runs from November to April, but the glacier at the top of the resort remains open as long as there is snow.

That means that even if there’s no snow lower down, you can still enjoy some early-season skiing. Val Senales is located in the South Tyrol region of Italy, and it’s a popular destination for both skiers and hikers.

Time to look at two of the most popular ski resorts in Switzerland that are open for skiing in October. Saas-Fee is a truly unique experience that I feel all skiers and snowboarders should experience at some point.

It is nestled high in the Swiss Alps which is why it has stunning scenery and reliable snowfall. October is a great time to ski here, as the crowds have thinned out and the weather isn’t as cold as it gets in the peak winter months. Keep in mind that you will have to pay more for resorts in Switzerland so that’s something to take into consideration.

Skiing in October is possible at Zermatt resort as it is open for year-round skiing! Yes, you can even go here in the summer months of July and August. This is why it offers an unforgettable experience as you won’t see this much snow on some slopes at other resorts in October.

There is something for everyone in the town of Zermatt, from beginner runs to challenging black diamond slopes. Zermatt’s ski pass is more on the expensive side, but you can ski as much or as little as you want.

As we mentioned, North American ski resorts particularly those in the United States generally open to the public in November. However, at Arapahoe Basin in Colorado, you will be able to ski in October as long as there has been a decent amount of snowfall.

Situated high in the Rocky Mountains of Colorado, Arapahoe Basin gets an average of 350 inches of snow per year, making it one of the snowiest ski resorts in North America. October is usually the start of the ski season in Arapahoe Basin and the snowfall gets better each month until the end of April, even May some years.

October is an ideal time to hit the Mount Ruapehu slopes as the snow is still fresh and the days are long. The mountain is also relatively quiet at this time of year, so you can enjoy the natural beauty of the area without the crowds.