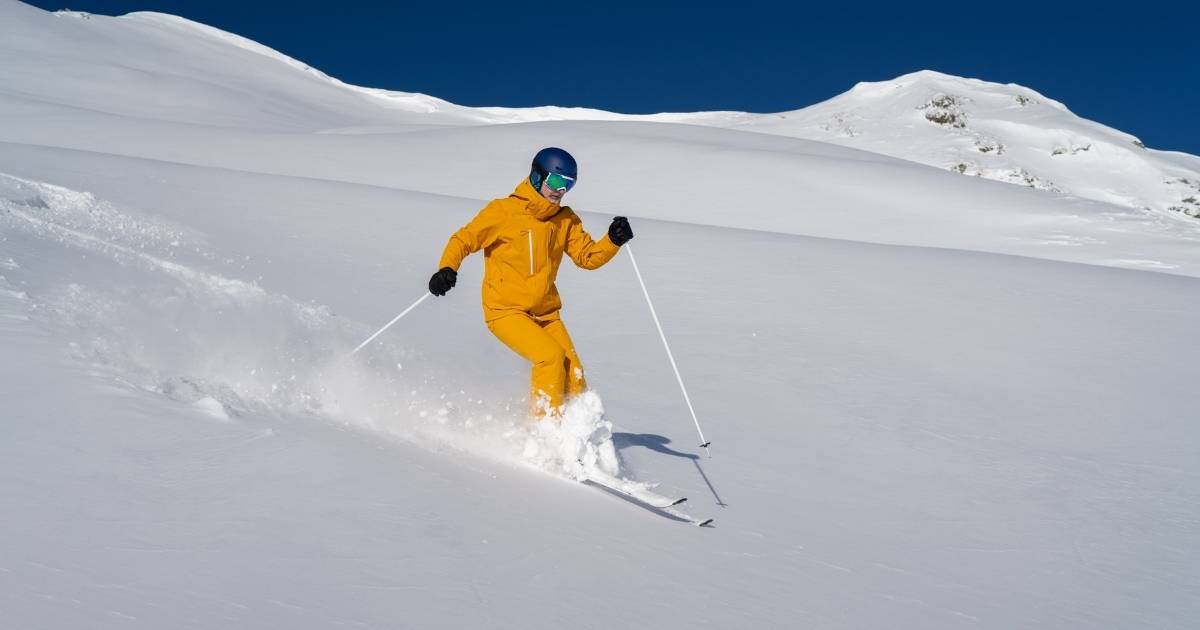 Champagne powder is a type of snow that is often associated with skiing in Colorado, more specifically powder snow at the Steamboat Resort in the state.

The story of where the term champagne powder comes from dates back to the early 1950s and is explained on the Steamboat website as follows:

“The phrase was coined in the early 1950s by local rancher Joe McElroy, who was out skiing on terrain that eventually would become the ski area and said the snow tickled his nose like champagne.”

Basically, this type of snow is ideal for skiing, as it is some of the best powder snow that you’ll find in the United States. It often only falls in high-altitude areas such as the Rocky Mountains in Colorado.

Here’s a video from Steamboat Resorts themselves explaining what champagne powder is, how it is created and how it differs from powder at other resorts.

Why do they call it champagne powder?

As you’ve seen above, champagne powder got its name due to John McElroy describing the feeling of the snow tickling his nose like champagne does when you drink it.

As champagne light and seen as being an expensive, luxury drink people have come to think of champagne powder of being luxurious. Well, I guess it is in a sense as it’s what every skier and snowboarder wants to experience when they hit the slopes.

Is Champagne Powder a trademark?

Yes, champagne powder is indeed a trademark owned by:

As you can see below, it was filed for in 2008 and officially registered in 2010. There were older trademarks for the same term, that were also owned by the same company, but these are no longer active, only the one in the screenshot below is.

Whilst it has been trademarked by the owners of Steamboat Ski Resort, the term has become synonymous with high-quality powder snow. But, other resorts can’t use it in advertising due to the fact they’ve trademarked the term, but that doesn’t stop skiers and snowboarders from calling great snow champagne powder.

How do you ski champagne powder snow?

How do you ski champagne powder snow is basically the same question as how do you ski powder snow. Linking your turns together is the main aim and that’s what will give you the confidence to go at it hard.

If you’re a beginner and haven’t experienced powder snow before, then you’ll want to make sure you’re the first on the ski lift after a night of snowfall. This is because you want to see how the powder feels on snow that hasn’t been skied on before. Make sure you get into a good rhythm, planting your pole well can help with this.

You shouldn’t be skiing powder off-piste if you’re a beginner so try it on a slope that you’re comfortable with first. This might mean waking up earlier or rushing breakfast, but it’s definitely worth it!

Here’s a video from Ski School by Elate Media that can help those that like to learn in a visual way.